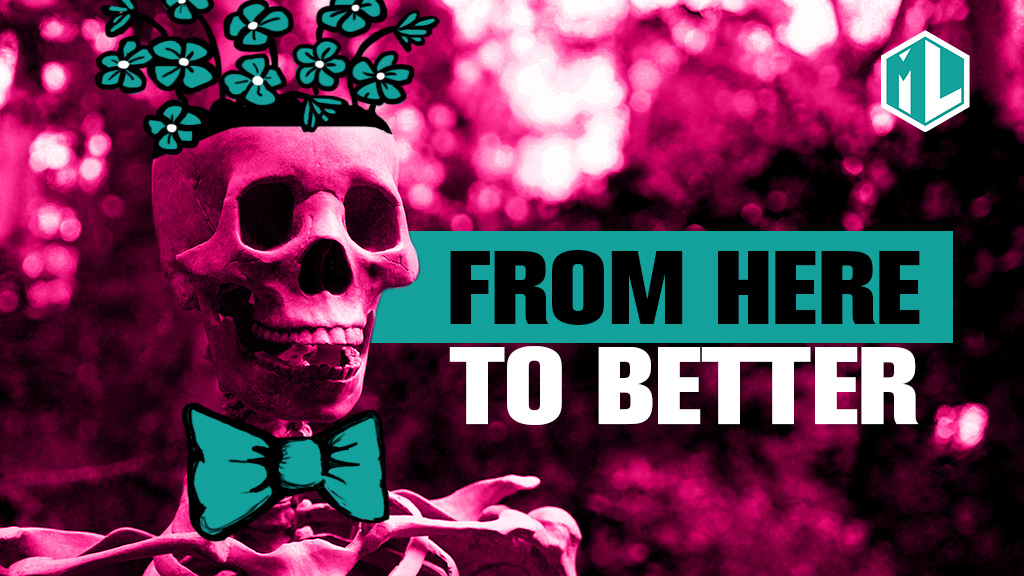 Losing Your Audience? Here’s How To Win Them Back

Hands up if you’ve ever been at a party telling, what you think, is a hilarious story, only to recognise that the people around you are barely paying attention? Ouch! It’s awkward. That familiar glazed look in people’s eyes is an instant confidence killer and throws us off our pace, whether we’re in a social situation or giving a talk or presentation.

But, while there’s not much we can recommend if you’re in a social setting (apart from excusing yourself to the bathroom), there are ways we can reclaim and recapture our audience if their attention begins to wander.

And take note – sooner or later you will begin to lose your audience, either to facts, presentation or delivery (or all three). But never fear – it’s all about the recovery! Below, we’ll share a few hints for how to win back your audience.

Warning Signs Of a Bored Audience

Generally, there are certain “tells” you can pick up on that give away the audience’s mood, receptiveness and interest. These are often things you can instinctively pick up on but let’s address them so there’s no room for any potential misreading.

Another telltale signal is whispering and talking amongst themselves while you speak. There’s a small chance they’re just discussing the point you’ve made, but prolonged periods of chatter can indicate they’re dropped out of the discussion point-blank.

Lastly, a person’s body language can tell you a lot more than their words ever would. Ask someone in the audience if they’re bored and they’ll likely laugh, because they’ve been on the spot, and deny it. But their jiggling feet, tapping fingers and bouncing and fidgeting in their chair tell an entirely different story – the one you’re more likely to believe.

How To Win Back Your Audience

If you find yourself in this situation, the first thing to do is to take a breath. It’s not the end of the world! It doesn’t mean you need to end your talk or presentation earlier than planned either. It’s just a matter of reclaiming your audience’s misplaced attention. Here are a few ways you can do that.

First things first – if you’ve glued yourself to only one part of the stage – get moving and use your space more effectively. Novice speakers tend to stick to one designated area of the stage or floor they’re using, simply because it’s easier to reach your notes if you need them.

But being completely static during a talk or presentation, especially without any visual aids, can cause your audience to understandably switch off, especially after 15 to 20 minutes.

If you see this happening, try walking and talking instead of remaining still. Your voice will carry from a different part of the stage which will perk up their ears. You could even walk around the room if you’re presenting in one – just make sure you don’t invade anyone’s space while doing it.

Employing dynamic movement encourages the audience to keep their eyes on you and makes them less likely to tune out again.

Change up your speaking style

Read that again. Now ask yourself if you’re unintentionally sabotaging your talk by expressing yourself in the same tone, same cadence and same speaking style. It’s like white noise to our brain’s ability to focus – after a while, our minds just choose to tune it out.

Change your speaking style while giving your presentation to engage your audience. Speed up what you’re saying, employ range in your voice – raise it (but avoid shouting), lower it and even whisper.

Let your voice be your ally while you present and utilise it to introduce a sense of unpredictability to your talk and your audience will notice and react.

Pause and harness the power of silence

Another way you can shatter monotony is to embrace the power of pausing in your speech. When harnessed at the right time, a pause can be an effective weapon to cut through distraction.

shared an unexpected revelation. The silence between what you’ve just said and what you’re about to say will register in your audience’s minds, especially if you let it carry for a few seconds to sink in. Just make sure you’re using it at an appropriate time in your talk. Use it to bolster an idea, not break it up so it loses all meaning.

Pause and harness the power of silence

What we’ve discussed so far is great for grabbing the audience’s attention back if they start getting antsy in their seats after a while. But what happens if time isn’t the factor here and it’s your presentation content? Maybe you’re covering a seriously technical topic and the discussion is pretty dry (it happens!).

In instances like this, it can be beneficial to give the audience a slight break from the topic if they begin mentally drifting. A great way to do this is by sharing a story or experience. Just make sure it’s relevant to what you’re discussing and either illustrates your point or speaks to something the audience can relate to about the topic.

You could even invite one or two audience members to share their experiences or break for a brief Q and A session. Either one of these tactics should successfully hit the attention reset button in your audience by giving them a few minutes to mentally step back and take in what you’ve said so far.

Remember, at the end of the day, being an effective speaker is not about maintaining audience attention through every second of your speech, it’s about recognising the key moment when you begin losing it – and taking the necessary action to win it back.

So, are you ready to craft a preso that shatters distraction and grabs the attention of every audience member? Sign up for our interactive Boredom Slayers Presentation Series. We’ll teach you all the hacks you need to fight back against audience apathy and connect with conviction and meaning.

Presentation isn’t just about having a slick PowerPoint, they’re the ultimate tool to drive a result for your benefit (and for that of your business) that you’re probably underutilising.

LEARN MORE
Menu
We use cookies on our website to give you the most relevant experience by remembering your preferences and repeat visits. By clicking “Accept All”, you consent to the use of ALL the cookies. However, you may visit "Cookie Settings" to provide a controlled consent.
Cookie SettingsAccept All
Manage consent